The DeKalb/Cannon County Amateur Radio Club was formed in 2000, as a result of Amateur Radio Operators in the DeKalb & Cannon  County, Tennessee area desiring to form a club. The club callsign honors a Middle Tennessee ham, Mr. James P. Turner SK (AB4ZB; ex N4VGG; KC4BSZ) of McMinnville, TN, a friend of various club members and hams in the area.

The Purpose for which the DeKalb/Cannon County Amateur Radio Club is organized is to secure the benefits and pleasures of the association of persons commonly interested in Amateur Radio in DeKalb/Cannon and surrounding Counties, to further the exchange of information and cooperation between members, to support local Amateur Radio repeaters, to promote radio knowledge, fraternalism, and individual operating efficiency, to serve the public as a valuable, voluntary, noncommercial communications service, particularly with respect to providing emergency communications and to so conduct club programs and activities as to advance the general interest and welfare of Amateur Radio in the community.(Excerpted from the FCC Rules and Regulations for the Amateur Radio Service, Part 97, Subpart A – General Provisions, 97.1, Basis and purpose, (a).)

The club also participates in various activities including ARRL Field Day, Veloteers Bicycle Ride, and numerous ARES activities such as the ARRL Simulated Emergency Test, and other drills in support of the DeKalb County EMA and the Cannon County EMA.

In 2015, new Vertex System Fusion DR-1X Analog/Digital  Repeaters, ARCOM RC210 Controllers, Talley RFS633-6A-2N Duplexers, and appropriate cabling were purchased and donated to the DCCARC by the Trena W. Braswell Curtis KD4ESF Memorial Amateur Radio Club in her Memory.  The DCCARC is extremely appreciative of this added addition of new equipment for the use of DeKalb, Cannon, and Surrounding Counties Amateur Radio Operators.

Amateur radio operators also called “hams” communicate with other operators in the local area, statewide, nationally, and even worldwide.  Hams also aid during times of emergencies with vital communication links.  The DeKalb/Cannon County Amateur Radio Club is an affiliated club of the American Radio Relay League.

For current weather conditions in Cannon County please visit the …. 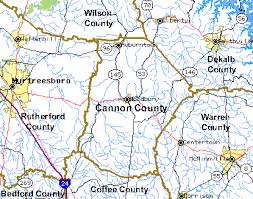 “It is not the class of license the Amateur holds

but the class of the Amateur that holds the license.”